Beyond Liquid Biopsies: How the Synthetic Biopsy Leads the Next Generation of Early Cancer Detection 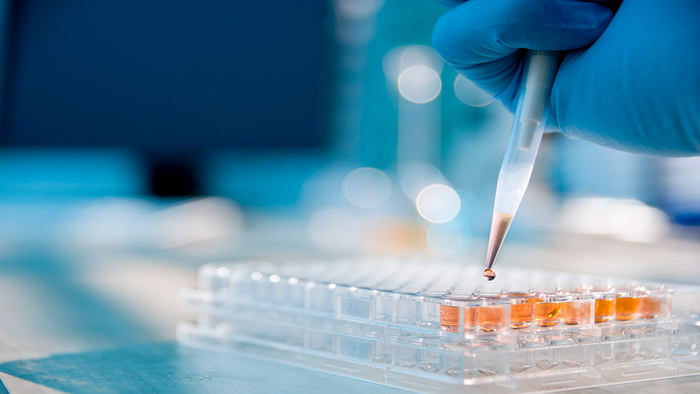 Despite the progress made in treatment and prevention in recent years, cancer remains the number two killer in the United States after heart disease. The high mortality rates are largely due to the fact that by the time most patients are diagnosed with cancer it has already transformed from a largely homogeneous tumor with very few mutations to a more heterogeneous tumor with many more mutations, which makes it much harder to effectively treat. Worse still, the cancer may have metastasized and spread to other areas of the body. For these patients, the outlook is grim: The 5-year survival rate for most cancers after metastasis is less than 30%.

Research suggests that detecting cancer at any stage prior to Stage IV would result in an estimated 15% overall reduction in cancer deaths over the course of 5 years. And detection during Stage 1 or 2 would further increase the odds of surviving the ordeal. For example,  detection of lung cancer at Stage 2 or 3 almost doubles the 5-year survival rate versus lung cancer detected at stage 4. In liver cancer, it almost triples it. The lesson from these statistics is clear: Early detection is the most effective lever to reduce mortality in cancer.

The challenge is that most types of cancer lack an effective early screening method and cancers that do have tests are not applied at the population level due to the excessive costs of the intervention. In the US, Medicare only covers routine screening tests for breast, cervical, colorectal, lung, and prostate cancer. Many of these tests have clearly demonstrated the benefits of early detection. The mortality rates of cervical cancer, for instance, have fallen by about 50% since the 1970s when regular Pap smears became the norm. But they are limited to screening a single organ of origin at a time. This increases the medical costs of early detection and may fail to identify cancers that are lurking elsewhere in the patient’s body. The holy grail of early cancer detection is a technology that can identify multiple types of cancer at once and pinpoint the exact location of any malignant tumor in the body.

Over the past decade, there has been significant progress made toward effective and affordable multi-cancer early detection (MCED) technologies. These are emerging screening tools that aim to detect the presence and tissue of origin of many different types of cancer with a single test. Known as liquid biopsies, these tests typically involve analyzing biological samples such as blood, saliva, urine, or stool for naturally occuring signs of cancer called biomarkers. In many instances, these tests rely on advanced chemistry with genome sequencing methods, protein detection analysis, and machine learning to detect the subtle hallmarks of cancer in the body.

One of the more promising approaches to liquid biopsy is to look at cell-free DNA (cfDNA) that is circulating in the bloodstream. This is the genetic material that is naturally released during cell death and often contains certain signatures, such as DNA methylation patterns, that are associated with the presence of cancer. Other approaches to cfDNA liquid biopsy look for protein biomarkers that are uniquely associated with certain types of cancer or tumor cells circulating in the bloodstream.

While liquid biopsies are a promising approach to MCED, they also face a number of significant challenges. Many of these approaches are limited in their ability to detect cancer in its earliest stages.  At the earliest stages, tumors are typically small and less aggressive in spreading, thus limiting the amount of biomass that can be shed into the bloodstream The FDA has already approved multiple liquid biopsies for clinical use, but they are limited in two primary ways.

First, some cancers naturally provide more natural biomarkers than others. Colon cancer, for example, looks promising, and liquid biopsy firms often focus on it for that reason. Other cancers like breast, lung, liver, prostate are much harder to detect with liquid biopsies, and they are some of the biggest killers.  Research by Dr. Sam Gambhir, the late founder of Stanford’s Canary Center for Early Cancer Detection and a cofounder of Earli, has shown that a tumor may grow for more than a decade and reach a diameter of around 2.5 centimeters before there is a reliably detectable level of cancer biomarkers in the bloodstream. As Gambhir said at the foundation of Earli: “We cannot rely on cancer signals that nature may simply not always provide to us.”

Second, even if liquid biopsies do find evidence of early stage cancer, the tumor may simply be too small to image, or it may not be clear if it is malignant or benign. That means the cancer cannot be localized, and therefore it cannot be treated. For instance, the presence of small, dense masses called nodules may be noticed during routine lung screening.  The problem is that it is often difficult to discern if the nodules are benign clumps of cells that are leftover from a past respiratory infection or if the nodules represent the earliest forms of lung cancer.  Often, it is too difficult and dangerous to insert a needle and collect some tissue for analyses, so patients are sent home and asked to come back 6-12 months later to see if any of these nodules have grown.  As researchers from the Memorial Sloan Kettering Cancer Center recently wrote in The Lancet Oncology, “we do not envisage liquid biopsies replacing tissue biopsies soon.”

Synthetic Biopsy: What If We Didn’t Have To Search For Cancer Anymore?

What if it was possible to force cancer to reveal itself during its earliest stages, rather than waiting for the disease to progress to the point that it becomes detectable? It sounds like science fiction, but that’s what Earli’s scientists are working on today. They have  developed a unique technology called the Synthetic Biopsy that forces cancer cells to produce biomarkers that are readily detectable with existing assay and imaging techniques.

Earli’s approach uses bioengineered DNA that has been programmed to identify cancer cells and turn them into biomarker factories that signal the presence of tumors. The company is exploring the potential of a wide range of these DNA that would enable cancer detection using a variety of techniques including blood samples, imaging on PET scans, and even breathalyzers. In the future, it may be possible to use the core Synthetic Biopsy technology for precision cancer detection and localization, as well as therapies. This was the longtime dream of the late Dr. Gambhir, who realized that “if we bioengineer the signal, early tumors can become consistently visible.”

Synthetic Biopsies may have the potential to discover the presence and location of multiple types of cancer when the tumors are far too small to be detected with currently available screening techniques. Furthermore, synthetic biopsies are tailored to have both high sensitivity and specificity. Although they are circulating throughout the body, they are genetically engineered to only produce biomarkers in cancerous cells. This is critically important to ensure that patients who have cancer can receive treatment as soon as possible while limiting the number of patients who are incorrectly diagnosed with cancer.

Earli’s mission is to “make cancer a benign experience.” This is only possible if the cancer is detectable before the cells have time to significantly mutate and spread through the body and if the cancer is localizable, so it becomes treatable. We need all the tools we can use in the fight against cancer. Synthetic Biopsies might just be the step change in early detection technologies that we have been waiting for.