An Unconventional Path In Australia 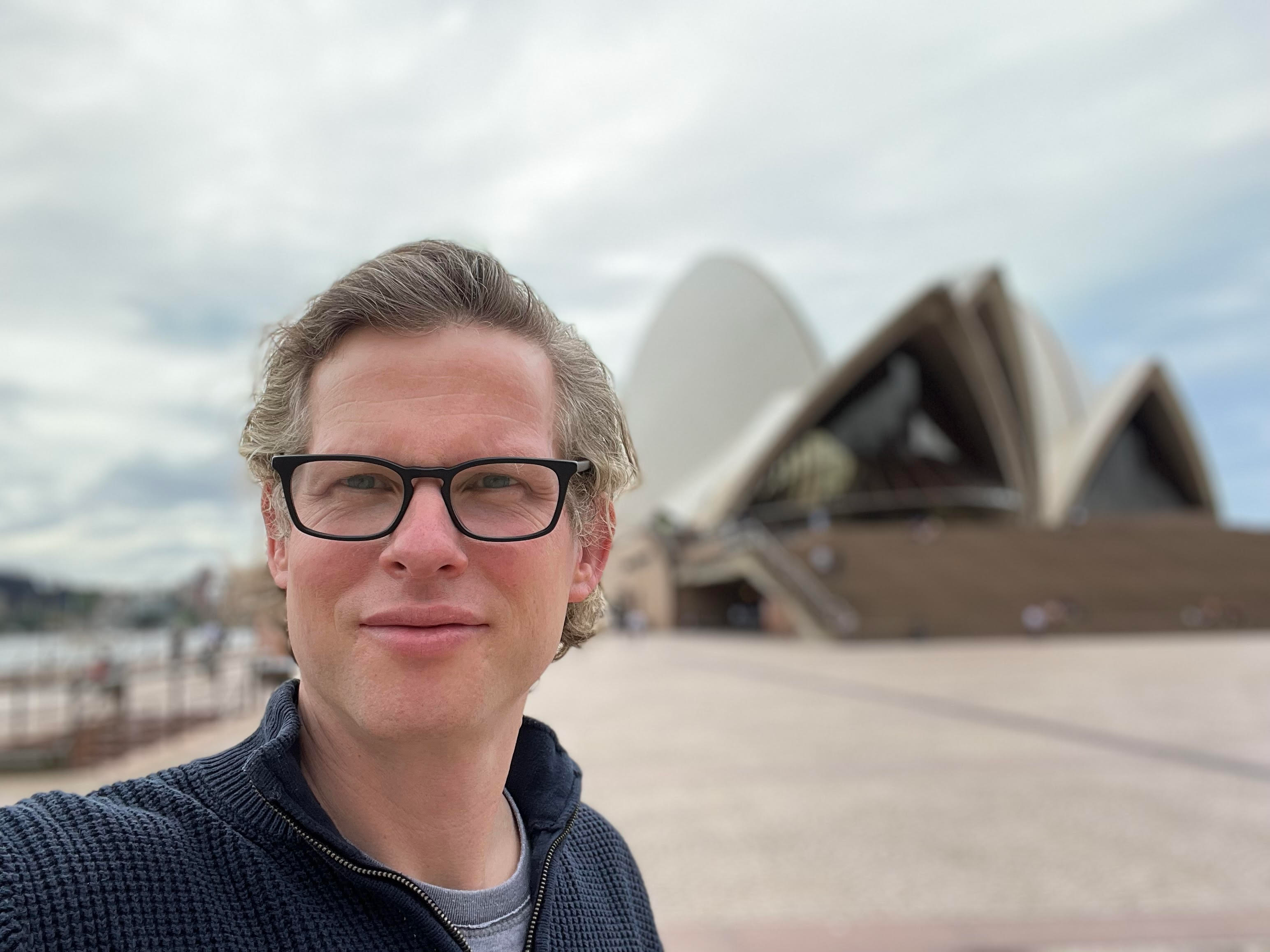 When Cyriac Roeding and David Suhy founded Earli, they set themselves an ambitious—and some might say outrageous—goal. They wanted to take an emergent platform for early cancer detection and move it from preclinical testing  into human trials within three years. This kind of pace is typically unheard of in the biotech industry, but on June 27, 2021—just three years and two weeks after Earli was founded—the first patient was dosed with Earli’s Synthetic Biopsy compound.

In April 2022, Earli CEO Cyriac Roeding traveled to Australia to check-in on the progress of the first clinical trial for the synthetic biopsy nearly one year after it began. In Sydney and Melbourne, Roeding met with key stakeholders and also had the opportunity to meet with Ted Cunningham, an 84-year-old cancer patient who was the first to be dosed with Earli’s Synthetic Biopsy compound at the Olivia Newton-John Cancer Centre. During their conversation, Cyriac learned about Ted’is life story and his experience participating in the clinical trial.

“Ted is an amazing individual and one of the kindest people you’ll ever meet,” Roeding said. “His courage in the face of cancer was remarkable and his decision to participate in our trial was entirely selfless. Unfortunately, stories like Ted’s surprise discovery of late-stage cancer are all-too-common and meeting him in person was a forceful reminder of why the work we’re doing at Earli is so important.”

One of the most challenging parts of any clinical trial is enrolling patients with the right criteria to participate, and their willingness to do so. For Earli’s clinical trial, that means patients with late-stage lung cancer who have access to one of Earli’s four partner clinics in Australia: the Olivia Newton-John Cancer Centre in Melbourne, the Chris O’Brien Lifehouse in Sydney, PASO in Frankston, or the ICON Cancer Centre in Adelaide. Enrolling patients quickly who fit the right profile, have access to a clinic and are willing to participate aware that the study is occurring is never easy. But Earli’s trial recruitment is particularly challenging because it is a diagnostic trial that offers no direct medical benefit to the patient, which means participation is based on altruism.  The lockdowns during the pandemic only exacerbated these recruitment challenges.

Therefore, Roeding’s mission in Australia was to meet with clinicians working on the trial to explore unconventional methods to drive patient enrollment.

“At Earli, we often look for a road less traveled if it advances us toward our goal of making cancer a benign experience,” Roeding said. “Thinking outside the box is how we ended up launching our clinical trial in Australia in the first place.”

To further accelerate the pace of the trial, Roeding decided to meet with the principal investigator in person to think about promising alternative methods for finding new patients.

The typical way that principal investigators (PIs) will recruit patients to a clinical trial is by examining medical records to identify patients at a specific clinic that meet the trial criteria and then  inviting them to participate in the trial. Some portion of these patients will be uninterested or unreachable, while others may simply live too far from the trial site to be able to participate. Of course, this approach means that researchers can only recruit from the pool of candidates that have records in their institution’s own system. As a result, many eligible candidates for the trial may never hear about it.

In recent years, however, a number of web-enabled services have been built to help connect researchers with potential candidates for a clinical trial. Platforms like the Lung Foundation Australia and HealthMatch empower patients to find potentially life-changing diagnostics or treatments by joining a community of clinicians, researchers, and other patients. As someone who came into the biotech industry from the tech world, the idea of using web platforms to advance Earli’s biotechnology research was a natural one for Roeding.

“The clinicians I spoke with at our partner clinics in Australia are very open-minded to new approaches and innovations,” said Roeding. “After our meetings, it was clear that these new technologies could be one more tool in our toolbox to find more people like Ted to participate in our trial while still complying with strong ethics standards and regulations.”

The very fact that Roeding personally traveled to Australia is already a departure from the norm. Whereas most biotech companies that launch a clinical trial only rely on a third-party contract research organization (CRO) to interact with the clinics’ trial coordinators, Roeding was determined to also directly interact with top PIs at clinics around the country, which meant getting to know them face-to-face, understanding their challenges, and explaining the importance of Earli’s mission.

To round out his trip, Roeding also spread Earli’s message through Australia’s media. He met with Emma Koehn, a reporter for The Sydney Morning Herald, one of the largest newspapers in the country, to tell her more about the work that Earli was doing with oncology clinics across the country. Within a day, and while Roeding was still in Australia, the paper published this profile of Earli’s initiative in Australia. It was syndicated in many other Australian newspapers and helped raise awareness of Earli’s trials.

“I wanted to pull out all the stops during my trip to Australia,” Roeding said. “The goal was to get more patients enrolled in the trial, and we made a lot of progress toward that goal during the trip. When it comes to making cancer a benign experience, time is of the essence and our partners in Australia are laser-focused on working with us to drive enrollment as fast as we can.”

We’re always looking for talented researchers to join us on our mission. If you’d like learn more about what we’re building at Earli, we hope you’ll apply to join our team at www.earli.com/join